April 24.  Born in Rotterdam, the Netherlands. 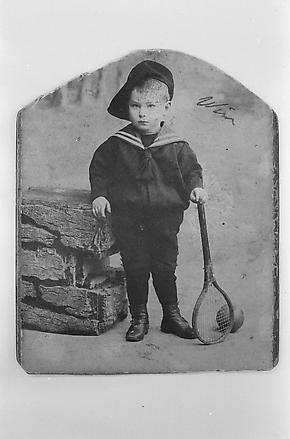 A formal portrait of Willem de Kooning as a small child, 1906, Rotterdam

Attended night classes at the Rotterdam Academy of Fine Arts and Techniques, studying drawing and the applied arts; possibly returned to continue his studies in 1925.

Traveled to Belgium with friends; worked briefly for the Van Genechten decorating firm in Brussels. 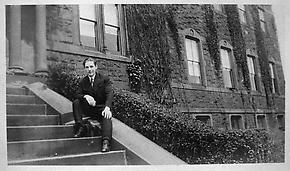 Willem de Kooning on the steps of the Stevens Institute of Technology, Hoboken, New Jersey, shortly after his arrival in the United States, 1926 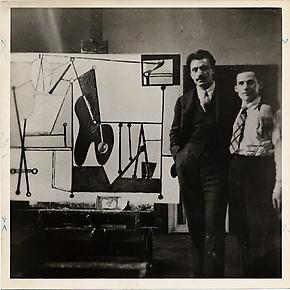 Left his job designing display windows for A.S. Beck, a shoe-store chain, which he held since 1929 or 1930, to join the WPA Federal Art Project.

After August.  Joined mural division of WPA Federal Art Project; worked on murals for Williamsburg Federal Housing Project in Brooklyn and for the French Line Pier Project in New York with Fernand Léger (neither were executed).  Left WPA after less than two years because he was not a U.S. citizen and, after the passage of the “Alien Rule,” feared he might be found out.  This work experience provided him impetus to concentrate his energies on painting full time. 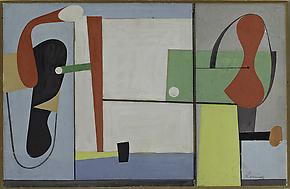 Met critic Harold Rosenberg, who became an important supporter of his work. 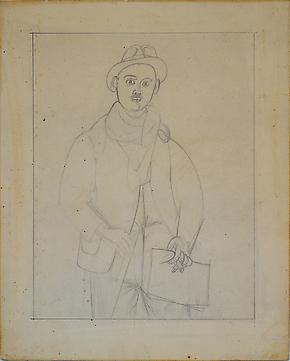 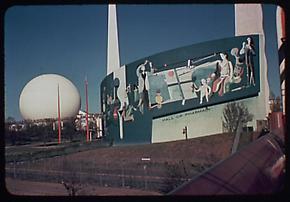 Met Franz Kline, who became one of his closest friends.

April 12 – May 12.  First one-man exhibition, “de Kooning,” Charles Egan Gallery, New York (held over through June); resulted in his first New York press review, written by Renée Arb in ARTnews, and a favorable review by Clement Greenberg in The Nation. 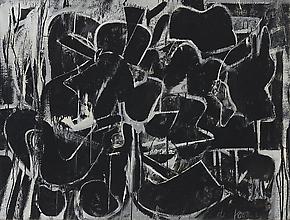 February 18.  Delivery of his first public lecture/paper, “A Desperate View,” at the Subjects of the Artist School, New York, possibly by Robert Motherwell.

Drank alcohol to manage anxiety and heart palpitations at the suggestion of artist and scientist, Alfred L. Copley (Alcopley).  Progressively drank more heavily by mid-1950s, with periodic binging that continued through the 1970s.

Began work on Woman I. 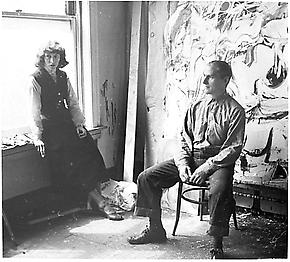 Willem and Elaine de Kooning with a state of Excavation in his Fourth Avenue studio, c. 1949. Photograph by Walter Auerbach

Received Logan Medal and Purchase Prize from the Art Institute of Chicago for Excavation (1950), resulting in the museum’s purchase of the painting. 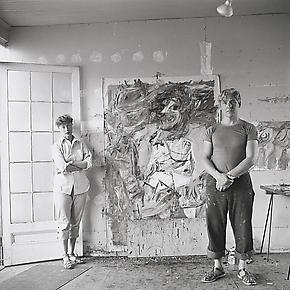 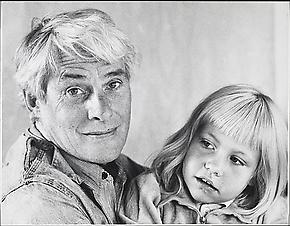 Made his earliest surviving print, Revenge, an etching for Harold Rosenberg’s poem, for inclusion in portfolio 21 Etchings and Poems, 1960.

Declined The Museum of Modern Art’s invitation to have major retrospective exhibition of his work.

Publication of his first monograph, Willem de Kooning by Thomas B. Hess.

Traveled to San Francisco where he made his first two lithographs.

Began to design and build studio in Springs, New York. 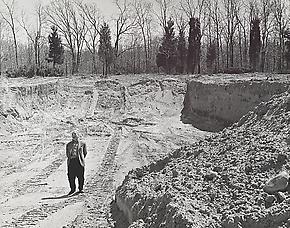 September 14.  Awarded The Presidential Medal of Freedom by President Lyndon B. Johnson. 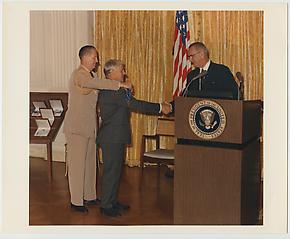 September.  Returned to the Netherlands for first time since 1926 for opening of his first international retrospective exhibition, “Willem de Kooning,” at the Stedelijk Museum, Amsterdam (September 19 – November 17), organized by Thomas B. Hess (traveled to The Museum of Modern Art, New York; The Tate Gallery, London; The Art Institute of Chicago; Los Angeles County Museum of Art).

July.  Traveled to Spoleto and Rome.  In Rome, modeled first 13 sculptures in clay at the foundry of sculptor and friend, Herzl Emanuel, who cast and editioned them in bronze.

January 16.  Traveled to Japan with Xavier Fourcade, visiting Tokyo, Kyoto and Osaka, where he spent time with Isamu Noguchi.

Created a series of lithographs at Hollander Workshop, New York. 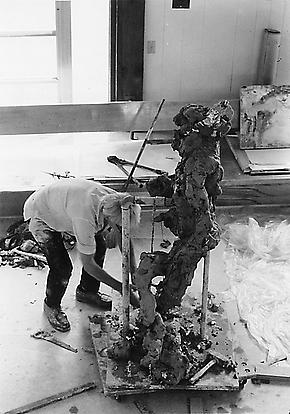 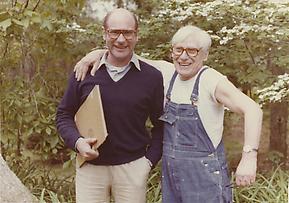 April 24.  On his 75th birthday, was named an Officer of the Order of Orange-Nassau by the Dutch government.

Started process of enlarging three of his 1969 bronzes to mid- and monumental-size with Bruce Hoheb, to be cast at Tallix Foundry, Peekskill, New York. 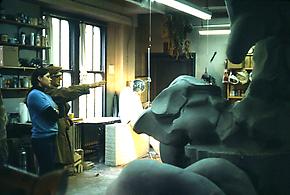 Commissioned by St. Peter’s Lutheran Church, New York, to paint triptych for its altar.  In 1985, it was installed but subsequently rejected as too personal a form of art for group worship.

11 February.  As he appeared to be suffering from Alzheimer’s-like dementia and could no longer manage his business affairs, his daughter, Lisa de Kooning, and John L. Eastman petitioned the New York Supreme Court to be appointed conservators of the property of Willem de Kooning.  The petition was granted on September 27th.

Stopped work on his last painting.